Never At Home is the second studio album by Australian folk band Blackwood, originally released in 2002 via Making Music.

Blackwood is a family band of brothers Bruce, Andy and James Rigby with Jane Thompson. They have played all the major Australian Folk festivals and released 3 critically aclaimed albums. Songs and instrumentals from all around the world but especially Australia and Latin America.

Never At Home sees the band find their groove with a wonderful mixture of original songs and covers and arrangements of tradtional music from Venezuela, South Africa and Australia.

The album kicks off with Seswalo's Kwela a traditional tune from South Africa arranged by Andy Rigby, followed by Soft Rain a song written by Saul Roche from Castlemaine in Victoria, featuring James Rigby on mandolin. Jane Thompson contributes an original song The Benevolent Midwife, featuring lead vcoals by Jane.

Pajarillo Verde is a classic Venezuelan song with lead vocals shared by Jane and Bruce Rigby. Land of Broken Dreams written by Peter Chambers is a song written about the Stolen Generation, with lead vocals by James. Mukoma is a song originally from South Africa, embelished with tin whistles. Wind Harps was written by Australain folk singer-songwriter Fay White for the 2000 Maldon Folk Festival.

Concierto en la Llanura is another piece from Venezuela and Humpin' the Drum is a traditional Australian drover's song, with lead vocals by Bruce. Never At Home Reels see Blackwood play some Irish tunes with James featured on mandolin. Lay Down Your Burden is a beautiful song featuring Jane on lead vocals. Landpulse is written by Australian song writer John Warner and is a moving tale about a Wiradjuri man coping with White Settlement, featuring Jane on lead vocals. The closing track La Bastringue closes out the album with a foot tapping song with Bruce and Jane sharing vocal duties. 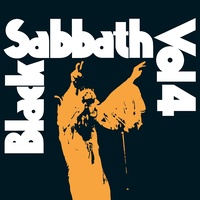