A finalist in the 2018 Capital Country Music Association (CCMA) National Songwriting Competition, for his song “Grab Yourself a Drink”, Benny Allen certainly made the most of his inaugural trip to the Tamworth Country Music Festival!

The recent trip to Tamworth allowed Benny to play to new audiences, including on the ABC Peel Street Stage, Blazes Showroom, at numerous competitions around town, busking and sometimes simply playing his piano in the back of the ute.

That’s right - the piano in the back of the ute!

Benny is most comfortable playing and singing at a piano - and his custom stage piano means he is ready to play anywhere. In saying that, Benny takes the “ready to go” philosophy one step further, and can accompany himself on guitar when a lighter option is necessary.

In 2017, Benny Allen released his debut single “Yellowstone”, which received airplay on both Australian community radio stations, and on country radio stations in Wyoming, USA - the home of Yellowstone National Park.

His debut album Never Knew I Was Country brings together a collection of original songs with strong melodic hooks and personal heartfelt lyrics. One of the most moving songs on the album is “We Will Remember”, a timely reminder of the futility of war in dangerous times. There are some more light hearted moments, such as “Thank God For Saturday”, to give the collection a balance of moods. The album closes with a very personal song “The Lord Above”.

Check out the tracks:  "Day One Of Missing You"; "Never Knew I Was Country"; "Thank God For Saturday" and "We Will Remember".

This limited edition LP record is on 180 gram heavyweight vinyl housed in a gatefold sleeve with polylined inner sleeve, limited to 100 copies, pressed in Australia. 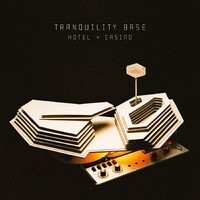